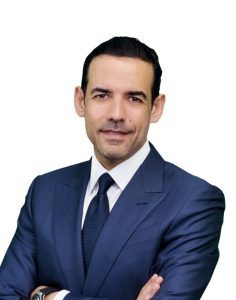 The implantation theory does not explain why endometriosis lesions develop in some women only, while retrograde menstruation seems to occur in most women. Some observations are difficult to explain by the implantation of endometrial cells following retrograde menstruation. The clonality of each endometriosis lesion, as described for deep and cystic and typical endometriosis, is more consistent with a G-E (genetic-epigenetic) incident related to intracellular aromatase activity resulting in intracellular estrogen production than to newly implanted endometrium. The implantation theory does not explain the occurrence of endometriosis in women without a uterus, and in men. It is more likely that deep endometriosis lesions can become symptomatic more than 10 years after menopause in the absence of increased circulating estrogen as a result of a G-E cellular incident than that implanted endometrium would suddenly start to develop. It should be realized that theories such as coelomic metaplasia, endometriosis originating from bone marrow/stem cells, Müllerian rests, tissue injury and repair, repeated tissue injury and repair, estrogen toxicity and traumatic induction are compatible with and can be considered today to require epigenetic changes.

Recently, the G-E theory of endometriosis was formulated as an update of the endometriotic disease theory. Endometriosis starts in the G-E theory, irrespective of the original cell when a cumulative combination of specific genetic and/or epigenetic cellular incidents exceed a certain threshold. The inherited genetic and epigenetic incidents at birth explain the hereditary character of endometriosis. It remains unclear whether and how epigenetic changes are transmitted trans-generationally in endometriosis. The effects of minor G-E abnormalities remain clinically invisible because of the redundancy of molecular biological mechanisms in the cell, but they increase the risk of developing the disease when additional incidents occur. Additional incidents can occur during intra-uterine development because of the maternal environment and external factors, and during live mainly as mistakes during mitosis. Most G-E mistakes result in apoptosis of the cell if they cannot be repaired. Some minor incidents, however, do not cause cell death and are transmitted to the next generation of cells. These incidents are favored by mutagenic substances such as dioxins and other pollutants, radiation, or oxidative stress such as caused by retrograde menstruation or by infection or by the peritoneal microbiome. The dynamic and gradual aspect of these mistakes and their inheritance is important. The crosstalk between genetic and epigenetic mechanisms makes the cell vulnerable to new incidents, especially when the external circumstances are unfavorable. The cell thus becomes progressively more vulnerable to acquiring more mistakes, with some of them being cancer-associated mutations explaining the clonal expansion.

The G-E theory adds to the implantation and other theories that the onset of the disease requires a cumulative and triggering combination of G-E cellular incidents. With the G-E hypothesis, it seems logical to postulate that the specific set of G-E incidents will orient the development into clinically subtle, typical, cystic or deep lesions. A specific set of G-E incidents also explains that each type of lesion is heterogenous with variable aromatase activity, progesterone resistance, estrogen sensitivity and probably many other factors. Additional incidents occurring during further development result in endometriosis lesions which are probably also heterogeneous at the cellular level, as demonstrated for breast cancer.

After their triggered initiation, the lesions develop in an environment different from the uterus with different microbiota and different immunologic, endocrine and paracrine influences. The cyclic endocrine changes with eventual bleeding will moreover result in repetitive traumas which increase the risk of developing additional G-E incidents and ultimately fibrosis. Therefore, all theories emphasising trauma, immunology, the role of estrogen and peritoneal fluid retain their full importance for understanding the growth of endometriotic lesions.

In Practice Since Year: