In 2017 I began experiencing strange pains in my lower abdomen and pelvic region which continued on and off for several months. In an attempt to relieve some of my discomfort, I began massaging my abdomen. That was how I discovered a large mass in my abdominopelvic region. Since I’m a surgical tech and have witnessed many open hysterectomies of enlarged, fibrotic uteri, I thought that was likely what I was feeling.In June of 2018, I went to see a gynecologist. Upon palpating my uterus she told me it felt normal, but, upon my insistence, she sent me for an ultrasound. Within a few hours, I received a call. It turned out that the large mass was actually my left ovary. It had become so large that it reached all the way into my central lower abdominal region. Concerned that it could be ovarian cancer, I was sent to do a CA-125 blood test, and I spent 6 agonizing days waiting to know the outcome. The results showed elevated ca-125 levels, but well below the levels normally seen with cancer. I was then referred to a gyn oncology surgeon.During the consultation with my surgeon, she explained, much to my relief, that she may be able to avoid open abdominal surgery in favor of DaVinci robot surgery. She explained that the mass, which measured 15 cm in length, should just fit the largest available specimen retrieval pouch.On August 7, 2018, I had my surgery. This is when, at the age of 45, I received a diagnosis of endometriosis. In addition to a very large endometrioma that had completely destroyed my left tube and ovary, it was discovered that the scarring and adhesions had done significant damage to my left ureter, resulting in severe chronic hydronephrosis and complete loss of function of my left kidney. I later learned that this is referred to as silent loss of kidney secondary to endometriosis. I still don’t know whether deep infiltration of endometriosis was also involved in the loss of my kidney since I would have to undergo another costly medical procedure that I can’t afford to find out. Looking back, I now realize that I had exhibited many signs of endometriosis (bleeding between periods, irregular cycle, etc) from my teen years on that should have been recognized by my providers, yet it was never even suggested to me. Since my diagnosis, I’ve found it exceptionally difficult to find a GYN doctor whose interest or knowledge of endometriosis extends beyond it’s effects on fertility. Why? Women endo suffer a multitude of ill effects beside infertility. We’re far more than vessels for new life, and it’s long past time we all are provided the same level of care, regardless of our degree of interest in having children. Thanks for taking the time to read my long-winded comment/rant.

I have been suffering with Endo since before my 10th birthday. Of course, I didn’t know that was the cause at the time. I didn’t even hear that word until I was 12, and it was not a doctor that said it.After being pushed around by my pediatrician for over 2 years and being denied a GYN referral because of my age, my mom brought me to a GYN on her own.The first GYN, no luck at all. Terrible experience. Complete dismissal.The second one said I *might* have endo, and basically to get a hysterectomy. He literally recommended and said he would perform a hysterectomy at 12/13 YO, but refused to do a laparscopy to even diagnose endometriosis to begin with. After denying the hysterectomy multiple times, I didn’t even have the laparoscopic surgery to diagnose endo until I was 15.Thus started my journey of living with the official endo diagnosis. He found it on too many places to list, but the ureters, pouch of douglas, ovaries, pelvic sidewalls, uterosacral ligaments, and colon to name a few.Since then, I have continued to deal with severe pelvic pain, heavy and irregular periods, low back pain, widespread spasms, sciatic pain, chest pain, GI pain/symptoms, urinary pain/symptoms, lost my gallbladder and appendix, and many other painful symptoms. I have also developed many new ones along the way like frequent urination, and other conditions like IBS, IC, PCOS, and more.I’ve had 8 surgeries so far (3 of which were excision done by specialists, 1 of those at the CEC). I’ve tried more medications than I care to count, including birth controls, pain meds, lupron / depot, and even psych meds the doctors swear would make a difference. (I know, give me a break.)I’m 25 now and still don’t have a handle on my endo symptoms. I wonder often what my life would be like if I would have known better, and had my first surgery with a specialist to begin with.My hope is that as the years go on, there will be less and less young people that have to spend the rest of their life wondering that exact same thing. Let’s end the cycle of repeat failed surgeries by unqualified doctors.

After years of not knowing what is wrong with me, even after being diagnosed with endometriosis I consulted Dr. Abhishek Mangeshikar. My initial consultation with him was online but even that was so profound and didn’t make me feel like a crazy person. I would have scheduled a face-to-face consultation with him if it wasn’t for Covid. Despite the odd circumstances, Dr. Mangeshikar was always available on call or text, which helped me tremendously during the lockdown. Finally, when I had my in-person consultation, he was so friendly and accommodating. He made me feel that everything will be okay and that finally, I’m going to be in safe hands instead of feeling like a lab rat for years. 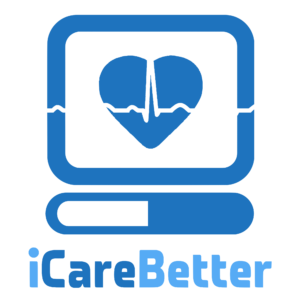